Only 2 left in stock

Swanage has long had a reputation as a climbing area with the accent on adventure. A combination of steep cliffs, crashing waves, and the occasional unnerving finishing slope make for traditional climbing days that linger in the memory for a long time. The consensus is that Guillemot Ledge, Boulder Ruckle and Subluminal contain the best traditional climbing, but other areas such as Cattle Troughs, the Promenade and Fisherman’s Ledge prove equally popular.

However Swanage is no longer just about traditional climbing. Development since the last Climbers’ Club guide has resulted in hundreds of quality sports climbs in and around the quarries, and Conner Cove has become the spiritual home for deep water soloing — a winter weekend spent clipping bolts in the quarries or a summer weekend raking splashdowns are commonplace. Further afield, Skeleton Ridge on the Isle of Wight is one of the UK’s great HVS adventures, and the Agglestone is a grand venue or an evening’s bouldering.

The Dorset sea-cliffs are blessed with a mild, relatively dry climate and a low tidal range. During clear winter days, conditions on the south-facing sea cliffs can be surprisingly warm and comfortable when rock climbing in the rest of the UK is out of the question. The location is further enhanced by the beauty of its setting within the serene Purbeck countryside; whether for climbing, enjoying one of its many fine walks, or just exploring the old quarries, it is an area that is a pleasure to visit time and time again.

The Swanage and Portland areas have been separated into two guides. One guide to Portland (and Lulworth) was published in 2008, and a new guide to Swanage (and the Isle of Wight). The historical section of the 1995 guide (covering both Swanage and Portland) was originally in the Portland section, and so has been prepared for downloading 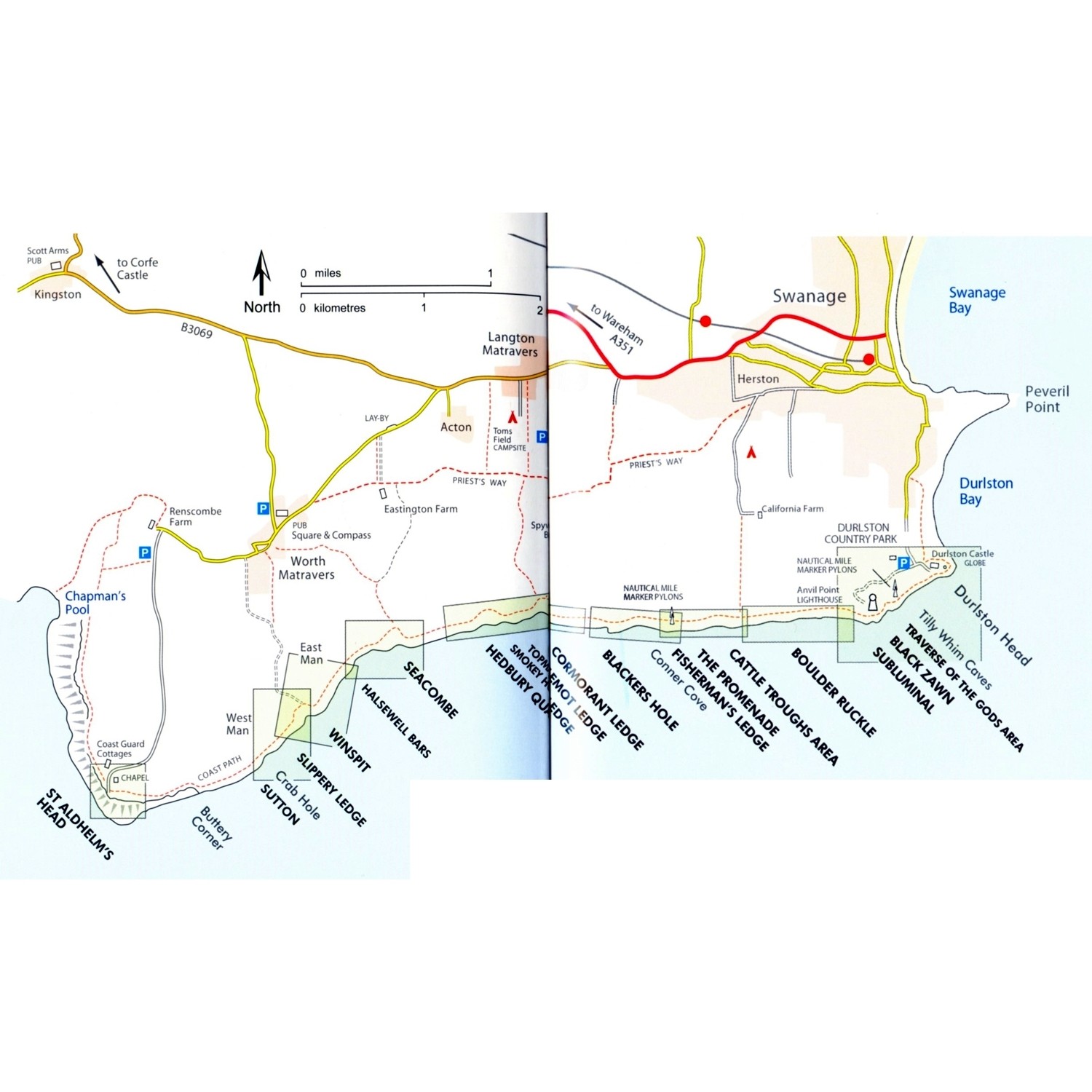 The information is presented in the full-colour Rockfax photo-topo style and includes crucial advice on when and how to tackle the deep water solos. The guidebook is enticingly illustrated with…

This Rockfax book is the first one to cover the bouldering in any depth. It completes the coverage adding a wealth of new information and is presented in the standard…

The Climbers Club continue with their impressive publication schedule with this new guide to Portland containing a mixture of pure sport routes, some great trad climbing and loads of bouldering.

There are no reviews yet.